As the fire chief of Tualatin Valley Fire & Rescue, I would like to provide an overview of the historical context and data analysis that provided the foundation for the replacement levy request. Thank you in advance for your time and patience in reviewing the following information, and I hope it answers any questions you might have.

TVF&R was established in 1989 following the mergers and consolidations of a number of fire departments that wanted the benefits of a regional provider. 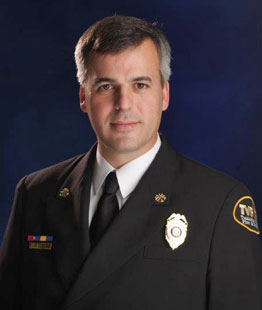 In the mid-1990’s, statewide property tax initiatives prompted an overnight reduction of 17% in TVF&R’s tax base, which prompted layoffs and a downsizing of some of our response capability. In 2000, some of that staffing was reinstated when voters authorized the first-ever tax rate increase for TVF&R - a .25/$1,000 local option levy (LOL). At the time, it was assumed that the levy rate would last for 10 years, provided voters were willing to reauthorize it, which they did in November 2004.

The recession was well underway in the fall of 2008 when the LOL question came back before my Board of Directors, and they opted to ask the voters to renew the levy for another five years. The proposed .45/$1,000 replacement levy represents the second time in 25 years that TVF&R has asked taxpayers for a rate increase, and it comes 14 years after the last increase was approved. If approved, the tax rate for TVF&R operations would increase by 10.6%.

TVF&R has always been a data-driven, innovative organization, and we have a clear understanding of the public’s top priority: provide fast and effective emergency service. The Board’s decision to forgo a tax rate increase request in 2008 has challenged our ability to meet this community expectation. Even then, traffic congestion, an aging population, and increases in 9-1-1 calls were beginning to stress our network of 21 stations. We stretched the levy through strategic solutions to reduce costs and maximize operations, including: implementing single paramedic units (cars); working with apartment landlords, senior care facilities, and business owners to reduce false alarms and create safer communities for residents; and partnering with cities, counties, and ODOT to prioritize transportation improvements that would help improve our response times.

These initiatives helped reduce almost 2,000 incidents between 2008 and 2009, and stabilized our call volume until 2011. However, since then we have seen annual increases in 9-1-1 calls and in 2013 responded to 35,086 incidents. An increase in 9-1-1 calls and an aging population in our service area are expected to continue to drive “call volume” up for the foreseeable future.

In anticipation of a decision about what to place before the voters in 2014, TVF&R’s Board of Directors asked for a detailed review of our response data. That analysis—which generated over 150 reports from a data set of 200,000 incidents—provided a comprehensive overview of our operational risks and identified cost-effective solutions.

Seven areas in our district are highlighted as having response challenges, which in turn impacts adjacent communities and the current stations that are stretched to serve it all. Even those lucky enough to have a fire station “down the street” are impacted when their firefighters are called to serve one of the seven areas.

The good news is that not all these areas require a traditional station, fire engine, or four-person crew. The replacement levy would address three of these areas through a mix of traditional and smaller fire stations and medic units, and in some cases, 40-hour firefighter medic staffing (versus 24 hour). The goal in all of this is to reverse a trend of growing response times and to appropriately match cost-effective resources to the known risks in a given community

We acknowledge that there is a risk in asking the taxpayers to consider an increase in our local option levy, and we don’t do so lightly. There is also a risk ignoring response trends that are inconsistent with the public’s expectation of fast and effective service. We have explored and implemented a wide variety of strategies that have stretched the value and impact of current funding, but we have reached a point where additional emergency response resources are needed.